This is one of those flop days. A flopped day is when I can’t think of anything sensible and cerebral. However, I am not saying that most of my days are inspired and I can always think as intellectually as I would want. The weather this time just adds to the gloom. The temperature outside makes someone like me who is used to the Philippines’ tropical climate of humid and hot days to be sluggish and sleepy.

So here I am writing about something that in a way is the reason why this blog exists – to celebrate life as a twenty-something. For most of us, it’s nice to go back to the past and remember the thing’s we’ve been through, laughing at the atrocious piece of clothing we wore before, being nostalgic about the better days that had been, or simply reminiscing the simple pleasures of life then.

I’m listing them down here for my readers who grew up during the same time as I did in the Philippines. Please feel free to add.

You’re a twenty-something if…

You know the melody of this chocolate commercial:
Wanna see what happens to a bag of Nips?
What goes on before they touch my lips?
A Choco Rainbow, Chocolate Nips.
Nips, Nips.

You know what these acronyms stood for: WOW, SIGA. These were policies in the early 90s of Department of Education, Culture, and Sports (then DECS now DepEd) on school beautification and food sustainability.

It was possible to go to school with a 5 to 20 pesos baon. 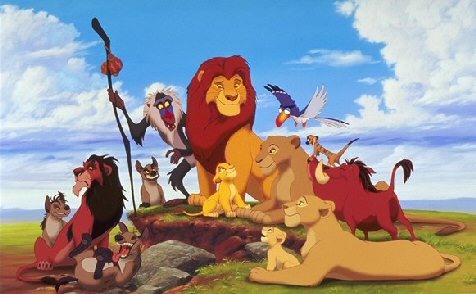 You collected stickers of Lion King from Maggi Rich Mami Noodles and pasted them on the door of your fridge, to your mother’s horror.

You know Julio at Julia, Kambal ng Tadhana, enjoyed watching this mid-morning program, you can even sing the theme song of this anime.

You know who Pong Pagong was.

You either watched Gimik or T.G.I.S. on lazy Saturday afternoons.

Your elementary school teacher was the first to have an analog mobile phone which was as big as an uncut bar of laundry detergent.

You saw on television Erap’s (Joseph Estrada) ouster or you were at EDSA that time.

Your notebooks had pictures of local stars on their covers.

You know who Judiel was. You were fascinated by the “dancing sun”, and your entire class had to go out to stare at the sky to witness the apparition of the Virgin.

You still had to go through the CAT (Citizen’s Army Training) and had to march under the sun every Thursday or Friday afternoons.

You watched TV Patrol with Noli de Castro, Mel Tiangco, and Ka Kiko as anchors, and Ernie Baron as weatherman.

You know who comprised the Apo Hiking Society and that they had a noon time show Sa Linggo na’APO sila.

You know who the main characters of Villa Quintana were.

Kapamilya and Kapuso didn’t exist yet. They were the Sarimanok Network and the Rainbow Channel respectively.

You had to suffer blackouts that lasted for 12 hours or for as long as two days.

You know how a five-peso and ten-peso bills looked like. You even used the big one peso coins and the octagonal two-peso coins.

You had a Nintendo Family Computer in your house with the huge cartridges you insert into it to play Super Mario, Pacman, or Bomber.

8 thoughts on “You’re a twenty-something if…”