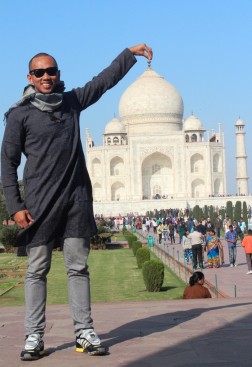 What a foreigner will first see upon disembarking from his plane is the hugeness of India whose obviousness is rivaled only by its ubiquitous poverty. It’s not part of my countries-to-visit list. It’s in my sister’s, though. Had I been given a chance to give it to her as my Christmas gift, I would gladly let her take my place.

But, I cannot be more grateful. I got smitten by incredible India. Almost. 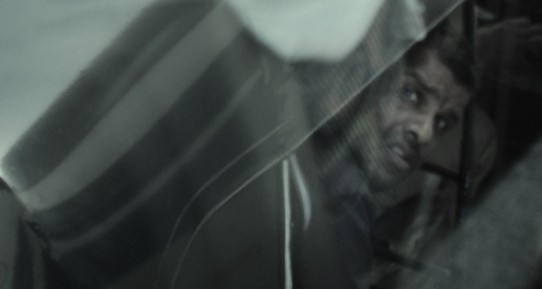 In a globalized world (my apologies for this cliché), an artistic production can only survive and remain relevant if it is able to take on in the multi-variegated characteristics of the consumers, the socio-political milieu of the setting it finds itself, other market realities, and the ever changing vicissitude of the audiences’ taste. The preceding statement, being a cliché, admittedly, has, of course, this interesting ability that characterizes most trite lines—it terminates further thoughts and explications, which, a reader wanting a more well considered and balanced treatment of the subject, ends up at best accepting the thesis without considering its true merits, or worse dismissing the attempt as a total waste of his precious time.

This reaction paper to the play, though not promising to eliminate all clichés that are usually a staple in most writings about artistic productions much bigger than the essays themselves, will discuss why Sintang Dalisay, a modern dance drama based on the early 20th century awit utilizing Igal, a “traditional and expressive dance genre of the Sama (also known as Bajau or Bajo of insular Southeast Asia” (Hussin quoted in Sintang Dalisay Isang Pagbabalangkas ng Awit na Ang Sintang Dalisay ni Julieta at Rome ni G.D. Roke, 9) is an example of an Asian adoption and adaptation of a Western text which resulted in a hybrid of sort that while still, interestingly, retains its distinct Asian-ness is successful in becoming a totally mutated text that is neither east nor west. It drifts in the middle, rendering itself both a representation of humankind’s universal dreams and desires made concrete and tangible by Asian artistry and innovations.

Sintang Dalisay, a production of Tanghalang Ateneo, direction by Ricardo Abad, movement and dance choreography by Matthew Santamaria, stage design by Salvador Bernal, music design by Edru Abraham, and lighting design by Meliton Roxas, Jr., is a theater production of late that attempted and succeeded in defying all quotidian statements about what a modern (or postmodern) theater should be.

An awit, according to Ick, is the Tagalog rendition of metrical romances from Europe brought to the country by the Spaniards. The plot usually revolves around lovers (who are usually from the affluent class) caught in a feud between their families. The star-crossed lovers, to borrow Shakespeare’s phrase, of the awit usually involve a Christian and a nonbeliever (more often than not, a Moro) who fight for their love and eventually succeeding in the end by way of proselytizing (of the Moro to Catholism) or some magic.

The postmodern theatergoer, both easily distracted by shifting and disconnected images and hungry for an identity pegged upon un-shifting grounds, a child of the most influential medium of his time, the internet, will find Sintang Dalisay providing him with a much needed respite from all noises, the hackneyed meanderings, and the obvious lack of identity. Despite the pastiche (the word should not be understood in its derogatory sense)—the medium, Igal of the Sama; the music, gamelan of maritime Southeast Asia; the language, Tagalog of the early 1900s (with some whisking of political humor that will not make a contemporary audience feel lost); the text, an adaptation of the famous bard’s Romeo and Juliet (and other sources: Mateo Bandello’s Romeo e Giuletta derived from Luigi da Porto’s Historia Novellamente Ritrovata di dui Nobili Amanti, William Painter’s The Palace of Pleasure, and Arthur Brooke’s The Tragicall History  of Romeus and Juliet (Ick, quoted 12); the actors, young Filipino thespians studying in one of Manila’s exclusive universities; the audience, a multi-national lot (seated beside the writer of this essay that night was a bunch of boisterous Japanese girls who giggled at the exposure of the sweaty pectoral muscles of the male lead as he and his young lover undulated to the sound of the wooden string instruments)—this dance drama was successful at its definition and representation of what it deems Asian theater.

Homi Bhabha, a prominent cultural theorist, said that this hybridity is a response, a show of resistance, if we can put it this way, of the former colonies to the power of the colonizers that persists even after the colonial structures have been demolished in the middle of the last century. This idea of “hybridization,” which was taken from Edward Said’s work, results in the materialization of novel cultural forms from multiculturalism.

Sintang Dalisay, is a beautiful progeny of this hybridity. Nonetheless, the reading of this theatrical text’s hybridity should not end in the discussion of aesthetics but should be extended to the political and theoretical. Instead of seeing colonialism as something locked in the past, Bhabha shows how its histories and cultures constantly intrude on the present, demanding that we transform our appreciation of cross-cultural relations (4). This adoption of a western text and the postcolonial adaptation of this text to the realities of the receiving culture lend it a new identity that is truly its own—it is neither Romeo and Juliet nor the original Ang Sintang Dalisay ni Julieta at Romeo of G.D. Roke.

It is Sintang Dalisay which is that unremitting attempt to relocate the center, to find a place where it destroys the cliché. And in so doing widens the plane of discourse.